At a time when African Union (AU) is encouraging member states to meanwhile put in place tentative national flanking policies to support their local businesses trade better once implementation of African Continental Free Trade Area (AfCFTA) takes off, Botswana has since taken a huge historical step forward in this direction. Represented by its Ministry responsible for Agricultural Development and Food Security, Botswana becomes the first member state to sign the Charter Establishing the Southern African Development Community (SADC) Seed Centre (SSC) following its approval in 2017. In the same process, it has become the 9th country[1] to sign the SADC Plant Variety Production Protocol (SPVPP) also known as the SADC Plant Breeder’s Rights (SPBRs). This momentous event recently took place on the 29th of June 2020 at Botswana’s Ministerial Headquarters in Gaborone.

The Charter Establishing the SSC gives guidance to member states on the co-ordination of seed certification and quality assurance. This guidance is critical for the general improvement on crop production, food resource diversification and simultaneous prevention of the agricultural genetic erosion of seed within the SADC regional economic community (REC). The main objective of the HSRS is centred on the member states’ desire to facilitate improved SADC intra-trade of easily accessible and high quality seed. They fully recognize that this aim can only be achieved through elimination of successive disconnected internal and external national regulatory barriers to cross-border seed movement through a rationale system of regional harmonization that conforms to international standards, rules and procedures.

To catching up and being informative about this crucial trade policy commitment and development by Botswana, this trade brief begins by giving an overview of the SPVPP. It then discusses the importance of these developments in the context of the continental economic integration and trade agenda for Africa.

As early as 1988, SADC member states commenced discussions towards adoption of a REC based harmonization of seed regulatory system (HSRS). The Technical Agreements on Harmonization of Seed Regulations in the SADC bloc covering three main technical areas of – the SADC Seed Variety Release System, the SADC Seed Certification and Quality Assurance System and the SADC Quarantine and Phytosanitary Measures for Seed were issued in 2008. This was achieved with the kind support of international organizations such as the Swiss Agency for Development and Cooperation (SDA) and United States Agency for International Development (USAID) among several others. Member states followed up on this achievement by approving the Memorandum of Understanding (MoU) on the implementation of the HSRS in 2009[2].

Unlike other SADC protocols which legally bind member states once signed, a SADC MoU does not owing to its subsidiary nature. By definition, a MoU can be referred to as  an introductory legal document describing an agreement between parties which will eventually lead to a protocol[3]. SADC MoU becomes binding when member states voluntarily incorporate or domesticate it in their national legislation. With the exception of Angola, Comoros, Madagascar and Seychelles, the other remaining 12 SADC member states[4] went on to sign the MoU on SADC HSRS. Notably, majority of these 16 member states started to work individually towards aligning their respective national legislations with the SADC HSRS. As of February 2020, only 5 member states being Zimbabwe, Zambia, South Africa, Mozambique and Madagascar[5] had completely aligned their domestic legislation with the HSRS. The  other 9 member states[6]  were and still remain in the process of doing so. To date, Comoros and Seychelles are the only 2 member states who have neither signed the SADC HSRS nor domesticated it in their respective national laws. At the 37th Summit Meeting of the SADC Heads of State and Government which was held in Pretoria, South Africa, during the period 19th to 20th of August 2017[7], the Protocol for the Protection of New Varieties of Plants in the SADC REC was approved. This apex decision laid the foundation for the establishment of an effective system of plant variety protection, promotion of the development of new varieties of plants for the benefit of the region and protection of breeders’ rights within the bloc.

Benefits associated with the regional harmonization system through the SPVPP are numerous. They include improved seed distribution across member states’ borders, as they go into a broader SADC economic territory, simplified administrative procedures across member states, promotion of related investment, general reduction in costs, easy regional accessibility by farmers to alternative varieties at competitive prices. All these benefits lead to superior food security and general poverty reduction within the REC[8]. While cross-border trade of seed is critical for regional agricultural growth, regional seed development and food security, harmonization of Customs export and import procedures reduce cross-border delays and unnecessary trade costs emanating from the diversity in country treatments as a result of differences in the national regulatory requirements often imposed at each member state’s ports of entries.

On the contrary, disparities in national standards for seed certification, quality control, quarantine and phytosanitary measures increase complexities in the cross-border trading of seed among member states.[9] The resulting difficulties are tantamount to compounding of non-tariff barriers whose effect is to largely stifle efficient movement of emergency seed consignments especially during this period of the COVID-19 pandemic.

Africa has been singled out as one of the continents highly vulnerable to extreme effects of climate change[10] over the recent years. Cyclic spells of droughts, unpredictable devastating anti-cyclones, increasing resurgences of waves of migratory locusts across sub-Saharan Africa and the latest spiralling COVID-19 global pandemic all continue to pause extremely serious challenges to politicians, trade policy makers, customs administrators and other related government enforcement agencies throughout the continent. This is all happening at a time when the majority of national governments within SADC are already weighed down by high levels of national food insecurity and perennial droughts. All these challenges underscore the need for practical implementation of appropriate medium to long term averting regional trade policies. The much anticipated successes out of these averting regional trade strategies will automatically enhance member states’ national social safety nets systems in mitigating against devastating effects of pervasive droughts, malnutrition and unescapable pandemics, such as the currently unrelenting COVID-19 pandemic.

Notably, against this general gloomy continental picture, a lot of positives can be derived from the trade policy direction that Botswana has recently taken in the context of its signing of the SPVPP and the Charter Establishing the SSC. As a country, it has signalled its unparalleled and willingness to join others in creating a national conducive environment that will help its local farmers, especially small scale farmers to competitively penetrate SADC market as well as the impending huge market offered by the AfCFTA. With a population of about 1.3 billion people and a combined gross domestic product (GDP) of over US $2 trillion, AfCFTA presents a huge market access opportunity for intra-African trade for those countries who are better preparing for it.  Empowered with supportive government national policies, small scale farmers in member states stand to potentially maximize their trade welfare gains. Such pro-small scale farmers’ national policies are critical in redressing their generally well-documented susceptibility and vulnerability when it comes to the challenges they face in cross-border trade alongside the youths and women in Africa.

Complementing Botswana for signing the SPVPP and the Charter Establishing the SSC at the same event, Mr Domingos Gove who is the Director for Food, Agriculture and Natural Resources at SADC Secretariat had the following to say:

“the signing reiterated the government’s commitment towards promotion of the regional integration agenda”. He further went on to say “The restrictions due to COVID-19 are negatively affecting the access to inputs for agriculture, like seeds, fertilizers, pesticides, vaccines and agricultural products, and that the new signed instruments would facilitate availability and accessibility of good quality seed to secure agricultural production and productivity, mainly in challenging situations, like the ones faced currently and mitigate negative impacts to the population”.

Geographically located at the centre of Southern Africa, Botswana is a fully landlocked nation and 70% of its landscape is dominated by the sand-basins of the Kalahari Desert[13]. Success in breeding new adaptive and drought resilient plant seed varieties under these largely arid conditions will go a long way in contributing towards guaranteed food security in Botswana. This guarantee will no doubt extend to other member states through a two-way intra-trading under both the SADC and AfCFTA formations. Standardized and harmonized regional system which allows for easy and facilitated cross border trade of seed in particular and goods in general, concomitantly allowing for Customs administrations and other government border agencies to enforce national controls is critical for the economic integration and trade agenda for Africa.

[1] The other 8 member states who have signed the SPVPP ahead of Botswana are: Angola, Democratic Republic of Congo, Eswatini, Lesotho, Mozambique, Namibia, Tanzania and Zambia.

[5] Madagascar went on to domesticate the SADC HSRS in its national legislation without signing the SADC HSRS MoU. This is because a signed MoU is not legally binding on the signatories as would be the case with a protocol

[6]The 9 countries are Angola, Botswana, the Democratic Republic of the Congo, eSwatini (formerly Swaziland), Lesotho, Malawi, Namibia, and Tanzania

[7] See Item 16 on the Communique of the 37th Summit SADC of Heads of State and Government OR Tambo Building, Department of International Relations and Cooperation (DIRCO) Pretoria, South Africa 19th – 20th August 2017:https://www.sadc.int/files/4715/0347/1755/37th_SADC_Summit_English_Communique.pdf

[8]  See second paragraph on page 4 of the Manual On Regional Seed Regulations in the Southern African Development Community (SADC)://www.sacatraining.com/wp-content/uploads/2020/09/manual_on_sadc_regional_seed_regulations_19_feb_2020.pdf

[11] See Botswana signs the SADC Protocol for Protection of New Plant Variety and The Charter Establishing the SADC Seed Centre on https://www.sadc.int/news-events/news/botswana-signs-sadc-protocol-protection-new-plant-variety-and-charter-establishing-sadc-seed-centre/ 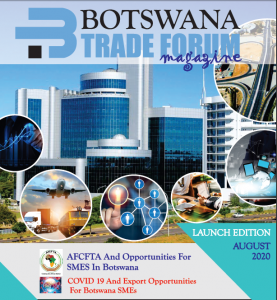 Other posts on our Blog 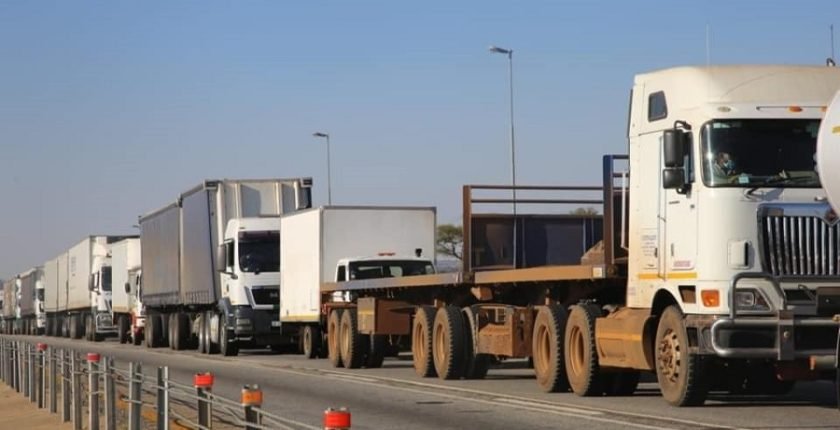 HARMONISATION OF COVID 19 REGULATIONS AND CERTIFICATES FOR CROSS BORDER TRUCK 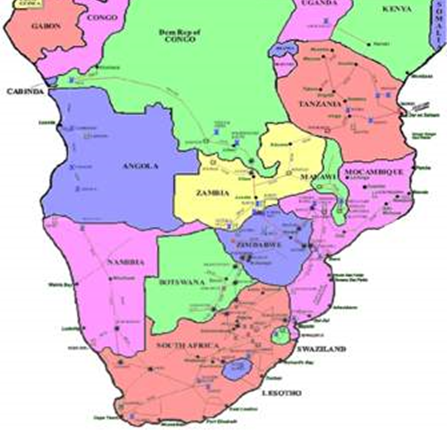 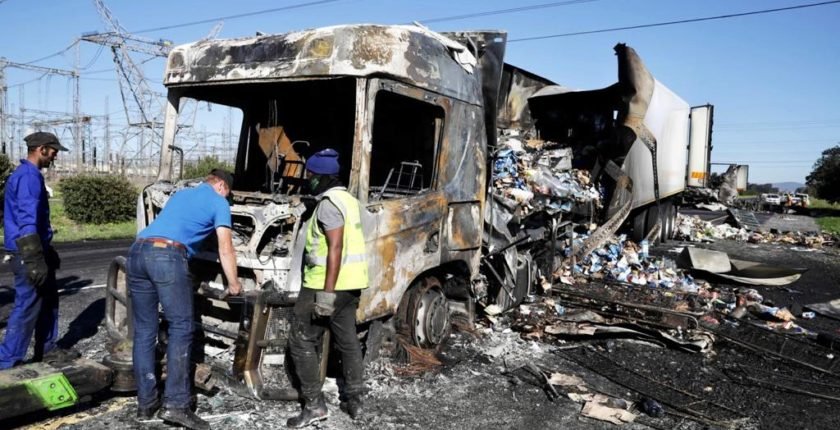 SOUTH AFRICAN TRUCKERS STRIKES AND THEIR IMPACT ON INTRA-AFRICAN TRADE

Tweets by sacatraining
Need Help? Chat with us
Start a Conversation
Hi! Click one of our member below to chat on WhatsApp
The team typically replies in a few minutes.
Harare Office
Juliet Matare
Harare Office
Elisha Tshuma